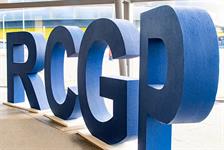 Announcing the Winner of RCGP Research Paper of the Year

The awards recognize an individual or group of researchers who have undertaken and published outstanding research related to general medicine or primary care. They were announced at the annual RCGP conference, which takes place in Liverpool.

The winning paper, which was published in The Lancet, details the results of a double-blind, randomised, placebo-controlled trial carried out in 56 GP practices in England. The paper was also the winner in the clinical research category of the awards.

Rebecca Landy and her colleagues won the Health Services Research category of the awards for their paper “Speculum-free Sampling Approaches for Cervical Screening in Older Women, Randomized Controlled Trial”.

Two papers also received accolades in the clinical research category. These were “Risk of thrombocytopenia and thromboembolism after COVID-19 vaccination and positive SARS-CoV-2 test: self-controlled case series study” and “Maintenance or discontinuation of antidepressants in primary care”. .

Winners of the RCGP/National Institute for Research on Health and Care Clinical Research Network Awards also received their awards at the conference. The awards recognize GP practices and First5 GPs who are active in primary care research.

Shifa Surgery in Blackburn, Lancashire has been named Research Practice of the Year.

Meanwhile, recipients of the RCGP/Society of Academic Primary Care Awards for Outstanding Early Career Researchers also spoke at the conference.

Co-winners of the GP Academic Award were Dr David Blane from the Scottish Deep End Project and the University of Glasgow and Dr Oliver Van Hecke from the Nuffield Department of Primary Care at the University of Oxford. The award recognizes the contribution of early career researchers to the advancement of primary care theory and practice.

Find out more about the RCGP annual conference